Enabling a Strategy for National Growth

Diane Wheatley, Director Corporate Services, at Optimum Talent, has no doubts about the value of choosing the right executive and strategic hiring platform. The Canadian business is on a growth trajectory that has seen it make two strategic acquisitions in the last few years.

Diane says, “As a result, we were running three different databases across the business. This made it challenging to fully integrate the national team and provide everyone with real-time access to the same candidates and client briefs.”

“When people are working on different systems, it creates significant information management difficulties,” states Diane. She added that the three databases being used had limitations which, as a growing business, they couldn’t ignore. “They were not nimble and didn’t allow us to pull the information we needed, when we needed it. This prompted a search for a new system that would enable all our consultants to operate from the same platform, empowering employees to collaborate, share knowledge and access a wider talent pool of candidates,” she explains.

Due to the strategically important nature of this database migration, Optimum Talent undertook a comprehensive market review before making its selection. Diane admits that the Invenias cloud-based platform hadn’t been on her radar. “I was looking at the standard players in the market when I heard about Invenias through a third party and decided to add it to the list of platforms under review. Until then, cloud hadn’t been a driver for me. That’s because a number of the client sectors we work with have concerns around the security implications of cloud. In truth, many of their organisations are using some form of cloud computing, so our decision to opt for Invenias wasn’t outside their IT remits.”

“We’re an ambitious company that’s expanding rapidly and need a database platform that can scale with us, whilst providing a single, consistent user view across our seven businesses in Canada.”
Diane Wheatley
Director Corporate Services

The company asked for a demonstration of the Invenias platform and, according to Diane, this demo left them speechless. “Quite frankly, no one else could hold a candle to the Invenias platform. Technology is rapidly changing the face of executive search, and with Invenias we’re in a good place to not only realise our operational efficiencies, but also future proof our business.”

Among the many features that set Invenias apart was its intuitive user experience. “Clearly, it had been developed by someone who had worked in search,” notes Diane. “It is smart technology, yet easy to manipulate, giving us a level of flexibility that we value,” she continued. The team selecting the new platform was also impressed with its integration with Outlook and the ease at which information from LinkedIn could be incorporated into the day-to-day activities of the firm’s consultants.

Migrating from three separate databases to the single Invenias platform was viewed beforehand as a significant challenge. “I was petrified by the magnitude of what we were planning to do. Experience suggests that database conversions never go smoothly and ours wasn’t going to be a small job. We had 257,000 records due to be migrated,” says Diane. However, her fears were quickly allayed.

“This migration was the exception to the rule. The Invenias project manager was beyond incredible.”
Diane Wheatley
Director Corporate Services

Optimum Talent established super users at each office and appointed its own project manager to work with Invenias. According to Diane the result was nothing short of amazing with a seamless migration and early user adoption. Since moving to the new platform in late 2015, the company’s users have been delighted with their ability to easily and quickly pull qualified candidates from the database. “Previously, when clients had specific requests about our experience and that of our candidates, we had to pull the information from three different databases. We often had to email colleagues in different offices to gather the information. Now, we all have real-time access to the same pool of information, whether we’re on our laptops in the office, or via our mobile devices when we’re out and about,” shares Diane.

Diane doesn’t expect their use of the Invenias platform to stand still. “Our first objective was to make sure we were all using it consistently across our business. With that achieved, the next step will be to look into the client and candidate applications. As a national firm we have clients with offices all over Canada and it’s important that we’re consistent in how and what we say to the same client who might have resourcing needs in different locations. Invenias makes that possible.”

She adds that she expects the Invenias client portal to feature on the firm’s digital engagement journey in the coming years. “It will enable us to offer clients full transparency of a project’s progress, giving them the reassurance that we’re in sync with their executive and strategic hiring needs.”

Diane concludes, “The move to Invenias is an exceptionally important element of helping us to deliver on our integration strategy and wider company vision. It enables us to offer a standout experience for candidates and clients, whilst creating one single, well-integrated national team all pulling in the same direction.” 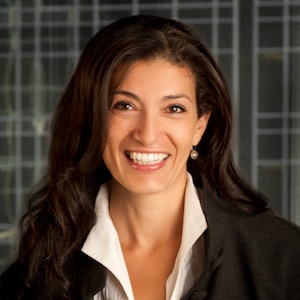